Bret Facey was elected to represent Longmeadow and Bragbury End Ward on Stevenage Borough Council during the May 2022 election.

Bret is passionate about delivering improved services and value for money for local people. He works hard with his two fellow Conservative Ward Councillors, Alex Farquharson and Adam Mitchell, to make Longmeadow an even better place to live.

Bret has extensive experience in local government and has been deeply involved in Stevenage politics for over 10 years. Bret was a member of Stevenage Youth Council for several years and then went on to manage and coordinate election campaigns for Stevenage Conservatives between 2017 and 2020. 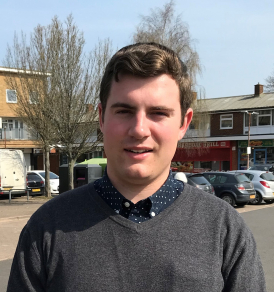