I moved to Stevenage as a young child with my parents at the end of 1956, so have grown up with the Town. Firstly living in Longmeadow, then Marymead. I married in 1975, moved to Symonds Green, where I am still living.

I have two grown-up children, a daughter and son and a granddaughter.

During my time as a Councillor, I have served on many committees. I was The Mayor of Stevenage during 2018-19 and am presently the Deputy Mayor.
Previously, for many years, I have been a School Governor for a total of three schools.

I am currently the Chairman of the Symonds Green Community Association, where I have been a member for many years.

I very much hope to be able to continue to serve the residents for the whole Stevenage to the best of my ability.

Stevenage Borough Council held a Ukraine Solidarity event on Friday 4 March, which allowed local politicians and civic groups to express their support for the people of Ukraine during the present conflict. 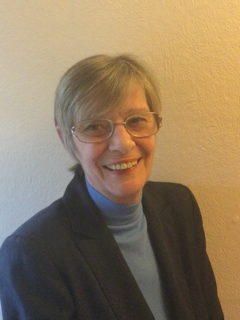