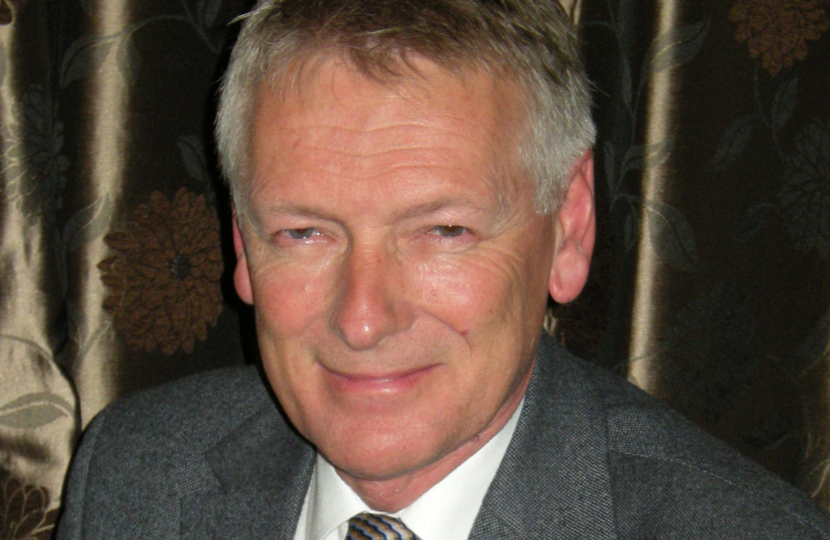 Phil has lived in Woodfield for 24 years which means he is fully in tune with local issues. Being a retired Bank Manager, he has extensive experience in dealing with people, and their problems, which has helped him during his 13 years as local Councillor, both for Stevenage Council and the County Council. As a County Councillor, Phil has experience and influence at County Hall, where he is a member of the Cabinet responsible for Highways and Transport.

Phil is passionate about getting involved with and supporting the community. During his time as Councillor, he has helped residents on many issues. As a Governor of The Leys Primary and Nursery School, he is delighted to have seen a tremendous improvement in the reputation of the school, and attainment levels of the children.

Phil plans to extend the footway in front of Cuckoo Wood (Granby Road) to stop people having to walk into the road, but has been held up by waiting for Homes England to give permission - funding has been allocated for the footway once permission is granted.

Phil pledges to improve pedestrian access from Lancaster Close and a tarmac footway has been planned. The possibility of 'look right' signs, to alert pedestrians of turning traffic at the bell mouth of Tates Way, is currently being considered.